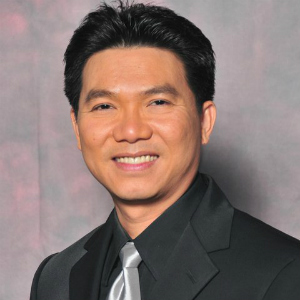 Mr. Nguyen is a board member of many non-profit organizations and a legal advisor to many community associations. He was a past President of the Vietnamese American Bar Association of Southern California. He is an advisor to the Vietnamese American Chamber of Commerce in Orange County, and the International Program of the University of Extended Education, California State University at Fullerton. He also associates with national organizations aiming at empowering the community, especially the next generation, in mainstream public affairs, such as Asian Pacific Islander American Chamber of Commerce and Entrepreneurship (ACE), Asian Pacific Islander Public Affairs Association (APAPA), and International Leadership Foundation (ILF). He organizes many technical assistance conferences in the community and speaks at universities and conferences in the US and abroad.

Additionally, in the US, Mr. Nguyen is deeply involved in ethnic media and entertainment industry: he advises, contributes and appears as a legal commentator and community advocate on many media outlets; his own talk show is aired daily on Hon Viet TV (via Direct TV – channel 2078); and he regularly hosts community events as well as entertainment and cultural shows. In Vietnam, Mr. Nguyen is active in promoting equality. He works with and lectures at higher education institutions to improve the legal and education structure; he builds a school in the countryside to provide access for the needy; and he works with charities to serve the disables.

In 2004, Mr. Nguyen was appointed by President George W. Bush to the President’s Advisory Commission on Asian Americans and Pacific Islanders. In 2005, he was selected by the Orange County Register as one of “30 Vietnamese Americans to Watch.” In 2006, he chaired the President’s Advisory Commission’s Committee on Hurricane Katrina Relief. In 2008, he received the first annual Cultural Diversity Award from St. Anselm’s Cross Cultural Community Center for services to immigrants and refugees. In 2010, he was chosen Business – Person of the Year by the Vietnamese American Chamber of Commerce in Orange County. In 2013, he received the International Leadership Foundation’s Leadership Award. In 2014, he was nominated for the Orange County Business Journal’s General Counsel Award. He has also been recognized numerous times by the US Congress, the California Legislature, various local governments and municipalities as well as many community organizations.