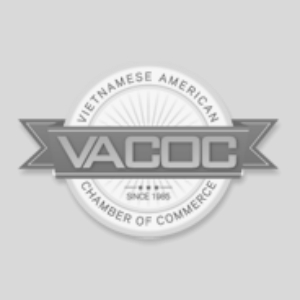 McDonald is an effective, personable community and business leader, accomplished sales, marketing and promotional forerunner, and a notable speaker, writer, historian and author.

McDonald developed the chamber’s educational outreach programs and has established the chamber’s veteran’s business network programs. Through a partnership with Explorer Studios, two award winning educational films have been produced, “Building the Dream” and “History of the Buffalo Soldiers”.

McDonald is now a member of the PBS So Cal Board of Trustees, where he has assisted with historic African American PBS presentations such as “The March at 50” and “African Americans, Many Rivers To Cross”.

His many honors include the Human Relations Leadership Award from the Orange County Human Relations Commission; being named the Dr. Martin Luther King Jr. Millennial Man of the Year by COR AME Church,; Alpha Phi Alpha Fraternity Inc. International Alumni Brother of the Year in 1999 and Distinguished Alumnus Award from Cal State Fullerton. He has been president of the CSUF Alumni Association; president of the CSU Statewide Alumni Council; recognized as one of CSU’s Statewide Outstanding African American Alumni and one of Cal State Fullerton’s 50th Anniversary prominent alums. LA Harbor College, for their 60th Anniversary, bestowed their prestigious Outstanding Community Leader, their Alumnus of the Year award and inducted McDonald into their Athletic Hall of Fame.

McDonald is also a U.S. Navy Vietnam Veteran, a member of the 9th and 10th (Horse) Calvary Association-Buffalo Soldiers, a former Student Body President at Los Angeles Harbor College and he served as a governor’s appointee to the California Cultural Historical Endowment Board and the 17 member State Board of Governor’s of the California Community College System where he created and chaired the Board’s Veteran’s Affairs Committee. He was recently
re-appointed to the Orange County Veterans Advisory Council, where he is now chair of the council.

Cal State Fullerton recently featured McDonald in the OC Register and used this quote “ Like many of today’s CSUF students, alumnus Bobby McDonald, president and executive director of the Black Chamber of Orange County, has the heart of a true community servant. A longtime volunteer and activist, Bobby shows that TITANS REACH HIGHER”.